Atlantic Canada’s Immigration received an incredible boost in 2019, with 18,000 newcomers in the region.

The Atlantic region, which incorporates Newfoundland and Labrador, Prince Edward Island, Nova Scotia, and New Brunswick, has been putting forth efforts to welcome new immigrants in recent years.

In comparison to other parts of the country, Atlantic Canada has a fast-aging populace, with low birth rate, higher rates of out-migration, and lower rates of interprovincial migration.

Consequently, practical strategies are being developed by governments, employers, universities and colleges, other immigrant-serving organizations to welcome and retain more immigrants. International Students and temporary foreign workers have been considered.

Atlantic Canada welcomed a least of 8000 immigrants in 2010. The figure, in general, accounted for about 3% of all the newcomers to Canada, from the regions 6.5% population.  The immigration intake of Atlantic Canada was disproportionately lower, in comparison to the intake of newcomers in other Provinces.

The Revolution of Immigration began in 2016

The region welcomed nearly 5% of newcomers to Canada in 2016. This was the start of the Immigration revolution in full force. The increase in the figure was credited to the region for welcoming more Syrian refugees, as well as welcoming more economic class immigrants through the Provincial Nominee Program (PNP).

In the vision to promote immigration in the Atlantic region, the federal government launched the Atlantic Immigration Pilot (AIP) in 2017. This program complemented the Express Entry and the PNP was an added tool in welcoming immigrants.

In 2018, Atlantic Immigration Pilot (AIP) picked up steam. The AIP welcomed approximately 14,000 immigrants to the Atlantic region in connection with PNP. This figure proved quite a satisfaction with an increase of 22%, for over 12000 immigrants that come to the region, as compared to 2017.

There was a significant 26% increase in the number of immigrants to the Atlantic region of Canada.

The figure broke its own immigration records in all the four provinces of Atlantic.

The province of Newfoundland and Labrador had 21% increases in the newcomer population with 1,900 immigrants, from 15000 in 2018.

The province of New Brunswick had the largest increase with an intake of 6,000 in comparison to its intake of about 4,600 in the year 2018.

Atlantic Canada to touch an important milestone in 2021

With such a substantial increase in 2019, Atlantic Canada is on the right track, and in the journey to reach a milestone by 2021. With 24,000 newcomers Atlantic Canada is to reach a proportional share of immigrants. This comes from the assumption of its increase in the intake of newcomers in different provinces in the recent figures. The Increase acts as an indicator to show the milestone growth by 2021.

The success of immigration to Atlantic Canada resulted in an increase in the region’s PNP allocation in recent years, along with AIP.

The mandate letter from Minister Marco Mendicino, the current Federal Government states that the AIP will be made into a permanent program.

For more information on Atlantic Canada Immigration, place an Immigration Enquiry here. Our Visa Consultant at Dream Country Visas will get in touch with you immediately. The highly professional and extensively seasoned immigration visa professional will provide practical updates for your destination. Get Started! 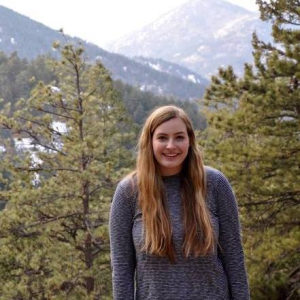 Advantages Of Working With Staffing Companies In 2020

Tips to Find the Perfect Jobs in Delhi NCR for Freshers

With Technologically Driven Facilities, Security Is Becoming Much Clearer and Simpler

With Technologically Driven Cards and Brochures for Use