Top Reasons to Use Alternative Fuels

Alternative fuels (or green fuels) are any fuel other than the traditional petroleum fuels, which are diesel or petrol. The term also includes technology for driving engines that does not rely completely on petroleum products. Solar power, electric (battery) power and hybrid electric vehicles are examples. The advantages are obvious – these fuels are safer for the environment and human health and are here to stay. Sales of hybrid electric vehicles are rising as are sales of vehicles powered by LPG.h

Here are the top reasons why you should think seriously about using alternative fuels.

Crude oil reserves will not last

The earth’s supply of crude oil is finite and humans are using it at an alarming rate. This is not a renewable fuel source, so when it’s gone, it’s gone, there is no more. We need the oil for other industries such as manufacturing and the pharmaceutical industry so we need to conserve stocks. The obvious solution is to find alternative ways of powering our vehicles.

Oil reserves tend to be concentrated in geographical clusters and many of these are associated with regimes that are problematic from a political and economic viewpoint. By developing alternative fuels that are accessible to all, there could be a positive impact on unrest in certain countries.

There is no denying that the internal combustion engine has done its fair share of damage to the natural world. Alternative CEC Fuels reduce exhaust emissions of gases that are hazardous for human health and the environment such as carbon dioxide, carbon monoxide, sulphur dioxide and particulates. Also, it is widely accepted that carbon from burning traditional fuels is collected in the earth’s atmosphere and is contributing to global warming. The effects of this are already apparent and are likely to get worse in the coming years.

Vehicles that run on alternative fuels are often more efficient than vehicles that run on petroleum products. Furthermore, producing fuel from alternative sources of material can make economic sense. Take rubbish, for example. The USA alone produces over 236 million tons of waste each year. The government (and hence the taxpayer) has to pay to have it disposed of. If it could be converted into a useful fuel, it would save millions of dollars.

Biofuels that are derived from crops can do wonders for farmers’ incomes. Biodiesel and ethanol are typical examples of CEC fuels that farmers could grow locally and that would benefit the local economy. Locally produced sources of fuel that are used for the benefit of the local community makes perfect sense. Factor in the convenience of technological advances such as wireless charging, and the future looks bright for alternative fuels.  Alternative fuels are already widely used and their uptake is likely to increase. With the environmental and economic advantages that they clearly have, this is good news for the consumer and for the planet. 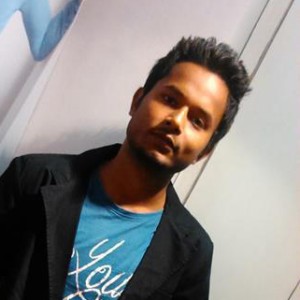 Career options for a bridal makeup artist in Brampton